We are so proud and honored to have our very own Sherrie Austin featured in the Maui News! The article written by the talented Sarah Ruppenthal and highlights our work with the Lei of the Day, the Spread Joy Campaign and our partnership with the Cynthia Rose Foundation.

Enjoy and be HAPPY!

Neighbors: ‘Your heart sets your course’

Videographer and photographer Sherrie Austin captures the joy in life

By SARAH RUPPENTHAL , For The Maui News

If you bump into Sherrie Austin around town, there’s a good chance she’ll be carrying two things: a camera and a colorful fabric lei.

“I have a lei for every day of the month,” she explained. “And there’s never been a day when I couldn’t find someone to give it to.”

Austin presents a lei to anyone she spots committing a random act of kindness, which runs the gamut from offering a seat to a stranger to helping a stranded motorist change a tire - and everything in between.

Photographer and videographer Sherrie Austin poses with Nesibu Girma, a “Lei of the Day” recipient

“If I see someone brighten another person’s day, just with a smile or a laugh, they’re automatically a candidate,” Austin said. “Small acts of kindness equate to joy in the world.”

The “Lei of the Day” project is part of Austin’s Spreading Joy Campaign, which she started four years ago. As the name suggests, the objective of the campaign is to spread joy and, evidently, it’s working.

“I just walk up to them and say, ‘You get the Lei of the Day!'” she said. “A lot of people are surprised at first, but then they smile and tell me I just changed their whole day. Some of them do a happy dance. It’s proof that big things come from the little things.”

Austin, who travels frequently, has taken the lei - one for every day she’s gone - to dozens of states and to far-flung locales like Costa Rica and New Zealand.

“It’s a good feeling to spread joy and the aloha spirit around the world,” she said.

And these aren’t your garden-variety lei. Each one is handmade by the residents of Hale Makua Health Services, who fashion the garlands from donated fabric and drinking straws. “It’s full-circle kindness,” Austin said. “It’s such a wonderful thing to be a part of.”

When she isn’t handing out lei to strangers, Austin is working as a professional photographer and videographer. These two worlds collide, though: She takes a photo of each “Lei of the Day” recipient and adds it to a gallery on her website.

Austin was born and raised in a small town in rural Virginia. A self-proclaimed wild child, Austin said she felt adrift until a high school teacher noticed her talent in a video production class. He took her under his wing and taught her the fundamentals of audio/video technology.

Starting out with a 110 film camera from a cereal box and a neighbor’s borrowed VHS camcorder, Austin proved to be a quick study.

“I found something I was good at,” she said. “And it became my passion.”

Years later, as an undergraduate at Virginia’s Radford University, she co-created the first student-produced television show, ROC-TV, which is still on the air today.

“It was my first time getting people behind a dream,” she said. “That’s when I realized your heart sets your course.”

After earning degrees in media studies and anthropology, she moved to Bend, Ore., on a whim and got a job selling electronics at Sears. “It definitely wasn’t my dream job,” she joked, “but it led me to where I am today.”

There, on the rows of televisions in her department, she would catch glimpses of Hawaii on credit card commercials and sports programming, including coverage of what was then known as the Mercedes-Benz Championship golf tournament in Kapalua. One afternoon, she sold a television to the manager of the Lahaina Galleries store in Bend, who suggested Austin move to Maui to sell fine art there.

Not long after, she packed up her things and boarded a one-way flight to Maui. Months later, while working at a fine art gallery in Kapalua, she had yet another auspicious encounter - this time, with a producer from the Golf Channel.

“She needed a camera operator for the Mercedes-Benz Championship,” Austin recalled. “The next thing I knew, I was filming the exact same scenes I’d watched on the screens back when I was working at Sears.”

That’s when her career took off.

“My background was in videography, but I learned how to shoot stills, and eventually, I came to know photography from the inside out,” she said. “Both crafts are the perfect balance of art and science.”

Since then, Austin has videotaped and photographed an impressive number of independent and commercial productions, corporate events, documentaries, television shows, print ads and weddings.

To say she loves her job would be an understatement.

“Creating still photos and videos is as necessary to me as breathing,” Austin said.

She now has her own company, Austin Image Works; it’s a career milestone that she’s grateful for every day.

And the campaign was only the beginning. Earlier this year, Austin launched a nonprofit organization, the Cynthia Rose Foundation, named after her late sister, who was also her best friend.

“She was such a kind and giving spirit,” she said. “This is something she would have done, so I’m doing her work now.”

The mission of the Cynthia Rose Foundation is simple: To celebrate kindness and promote joy. It’s a new take on the “pay it forward” movement - the foundation will provide assistance to projects that are rooted in kindness, joy or compassion.

“Kindness is all around us; we just need to pay attention and look for it,” Austin said. “When you go about your day looking for kindness, you see it . . . and then you become it.”

To learn more about the Spreading Joy Campaign or to view a photo gallery of “Lei of the Day” recipients, visit www.austinimageworks.com or www.cynthiarosefoundation.com.

Select images are available for purchase – check out our shop to find your next piece of art.
• italy •

Ask us anything!
Well, almost anything.

Thank you for taking the time
to look through our image
galleries. Enjoy!
• video production • 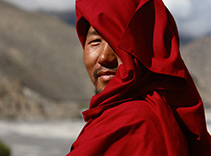 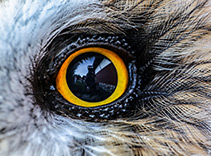 let us tell your story GET A QUOTE